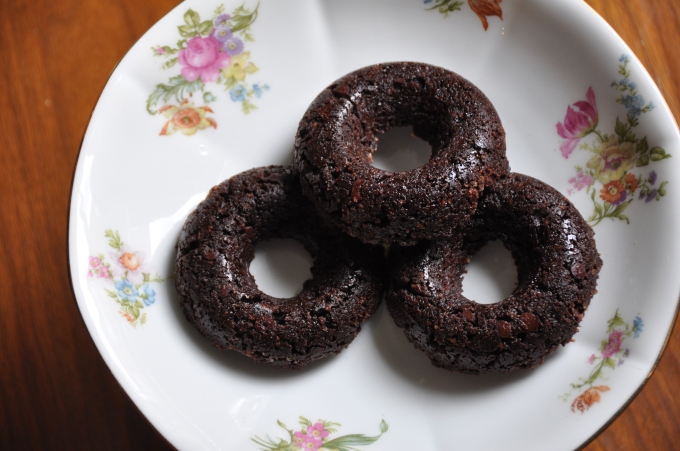 Is there anyone in the world who doesn’t enjoy a good, fudgey, chocolatey brownie? As I’d already been introduced to the wonderful world of vegan baked goods before becoming vegan, I had no tragic misconceptions that I would have to forego my beloved chewy treats once making my change. If you have yet to have a good vegan brownie, I hope this blog article will provide a small beacon of light to you. You can indulge without hurting animals! This recipe is originally based off of Lauren Toyota’s Easy Vegan Brownie Bites from her Hot for Food blog/ cookbook — definitely purchase her cookbook! (You can order it from her website, and I highly recommend it. It is such a handy thing to have around when struggling to think of what vegan foods to make. I’m not an affiliate; I just love her work.) 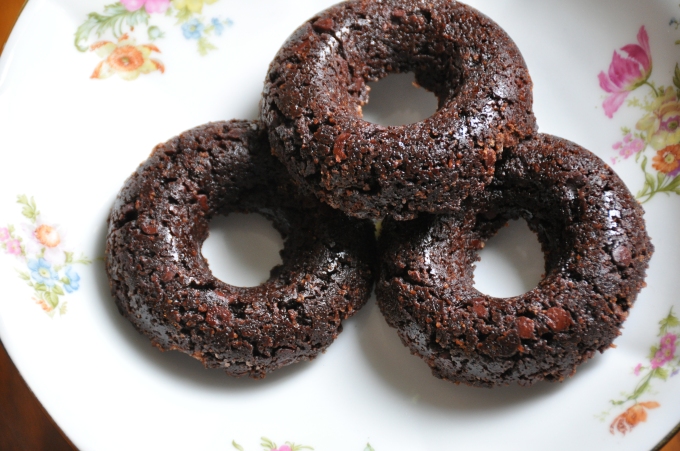 I’ve made Lauren’s recipe a few times with different moderations. As usual, I wanted to make a gluten-free version to add some more protein into this vegan treat and to be able to share it with my celiac friends and family. I’ve made the brownies in a square baking pan, in mini-muffin trays, and in donut dishes, and I’ve loved them all! Use whatever you prefer/ have on hand, but I do recommend mini-muffin trays for the perfect vegan “two bite brownie” that’s easy to share and helpful for portion control (who am I kidding? I have no self-control when it comes to chocolate!)

For the gluten-free version, my experiments have guided me to the best modifications for the most delicious GF Vegan brownies. The key is to use two different gluten free flours and a dash of xantham gum. I discovered this, as usual, a bit by fluke. I attempted to make almond milk one day (anyone who says you can’t milk an almond has obviously never been elbows-deep in milky almond water wringing out their bulging almond cheesecloth and wishing they could go back in time and purchase the dang thing from the store! Woo! Out of breath…). After a successful, but taxing attempt at homemade almond milk, I had a bunch of almond fibre leftover, which I was determined to put to use. I’d heard you could use the pulp, as it were, as almond flour once dehydrated — so that is what I did! My almond skins had dried in clumps, so once a few days had past and it was certainly dehydrated, I ground them up in the blender and had my very own almond flour. I used this mixture, topped off with quinoa flour in my brownie batter and VOILA! The most perfect vegan gluten-free brownies were created!

This recipe will make enough brownies for a batch of brownies: fill an 8″ square pan, or 18-24 mini-muffin brownie bites, or 6 donut brownies. You can add walnuts to the recipe, which will provide you with more brownies, but I would only recommend adding walnuts if you are using regular all-purpose flour (otherwise it would be too … nutty).

Make “flax eggs” by mixing flax meal and water. I usually keep my flax meal in the fridge to prolong its shelf-life. Therefore, I also tend to use almost boiled water to make my flax eggs. If you keep your flax meal on your shelf, it is still better to mix the meal with warm water to help the emulsifying effect. I also always beat my flax eggs as though they were chicken eggs a few times while they set. They should start to “gooify” after about 10 minutes and start to resemble the consistency of raw egg. Leave these to set while preparing your batter.

Flax meal with water before “setting” The flax meal has set with water

Add flours and xantham gum to a large bowl. Sift cocoa powder and salt into flour mixtures and combine thoroughly.

Meanwhile, melt your vegan butter in a small sauce pan. Once the butter has melted, remove from heat and add 1/3 cup of the vegan chocolate chips (my fave is Enjoy Life brand). Mix the chocolate into the butter so it melts and is thoroughly combined.

Next, add the sugar and vanilla extract and mix in. If using cane sugar, the sugar will tend to stay partially granular in the mixture. This is fine, as long as it is consistent throughout. Add to the dry mix.

Once the flax eggs have thickened and become jelly in texture, give them a quick whisk and add to the rest of the mix with the remaining 1/3 cup of chocolate chips. Mix all together until batter is formed. If adding walnuts, do so at this point. The batter should be very thick, almost like fudge.

Lightly grease whatever dish(es) you are using to bake and distribute batter evenly. The batter will not really rise, so you don’t need to worry about “overfilling.” You can press down lightly with spatula or clean fingers to compress brownies for a chewier, but soft, effect.