When I first started my vegan diet, I was hungry all the time. I hadn’t anticipated how difficult it would be to find basic staples. I ate A LOT of hummus in the first week: lots of hummus and LOTS of potatoes and broccoli, and not tons else. I knew a few vegan recipes for substitute omnivore dishes, but my pantry wasn’t yet full of the vegan substitute staples, and I didn’t have the energy to experiment with cooking.

Also, I was craving cheese like I never had before. Before my diet change, I knew the hardest part of succeeding on my journey would be giving up dairy. On my previous failed attempts, it was always the dairy that brought me to failure. I knew this would be the challenge, but I don’t think I fully appreciated just how much dairy was in my omnivore diet before I decided to steadfastly cut it out.

How I Cut Out Dairy: Vegan Dairy Substitutes

I was fortunate to have been introduced to several vegan non-dairy alternatives before becoming vegan, so I knew how I would maintain vegan versions of some of my meals. Instead of butter on bread, in mashed potatoes, in baked treats, I would use vegan non-dairy alternatives. My preference is Earth Balance Butter spread, but in a pinch vegan Becel margarine works, too. For sandwiches, or pasta/potato salads, Vegenaise vegan mayonaise is the perfect substitute.

Even non-vegans are aware of the plethora of non-dairy milk options. It took me a while to find my favourite substitutions for cow milk, and it varies with the dish and my mood. For closeness of flavour, I generally prefer soy milk, but try not to have too much of it due to health concerns. For a while, I was enjoying oat milk, but haven’t had that since the recent concerns about toxic levels of glyphosate in oat products from pesticide use. Now I try and use organic rice milk primarily, plus the occasional organic non-GMO soy milk and homemade organic almond milk (recipe to come).

The real challenge, however, comes when you discover how many of staples are made with animal by-products. I didn’t realize how little I thought about what goes into my food, until I was avoiding ingredients. Baked goods I had taken for granted. Sauces, soups, pastas, teas, so many of these foods I never thought deeply about, suddenly revealed to me their secret implication in animal cruelty and environmental degradation. Needless to say, I was shocked and overwhelmed.

But, I found my way through!

In most cases, there are healthier and easy non-dairy alternatives for dairy in recipes, and I’m not just speaking of mass-produced, processed non-dairy “milks” and spreads. Legumes like cashews, sunflower seeds, flax seed can be soaked and blended to use as high-protein, tasty stand-ins for cheese, egg, cream. Full-fat coconut milk is a perfect alternative to heavy cream used in baking, cooking, and beverages. As an additional benefit, many of these dairy alternatives have high levels of calcium that are actually absorbed better in the body than their dairy alternatives.

How I Cut Out Meat: Vegan Meat Alternatives

After I sorted out my dairy cravings, I was surprised by my meat cravings. I had never been a big meat eater. As a child, my parents usually fed the family some meat with dinner, with a vegetable and a grain side dish, but breakfast and lunch were usually meat-free. When I started cooking for myself, I often went days, if not weeks without meat. I started having a bit more meat once I started living with my now-husband, to simplify meals and accommodate his meat-eating preferences. Still, meat was never a priority in my diet, and I never expected I would miss it. Then I did.

I think it was about a month after starting my vegan diet that I got my first meat craving. My husband was eating some take-out smoked meats and the smell of the spices and meat fat that filled my nose stirred in me a sort of carnivorous frenzy. But, I resisted! Since then, I find the idea of eating meat a bit gross, which is a weird change for me. I have never really been morally opposed to the idea of eating animals, just the cruel and objectifying way we do it in most cultures. If I were to, say, hunt an animal in the wild, kill it and eat it, I feel that would be more moral. However, time away from meat has turned my stomach to it. I like the vegan alternatives quite a bit though!

The only meat dishes I really enjoyed consuming were buffalo chicken hot wings and ground beef tacos. I’ve discovered that Buffalo Cauliflower bites are an incredibly delicious alternative. As well, Soy Ground Beef substitutes are very close to the real thing for me.

Additionally, I’ve had some great results substituting lentils, sautéed mushrooms, or toasted walnuts in place of ground beef in recipes. 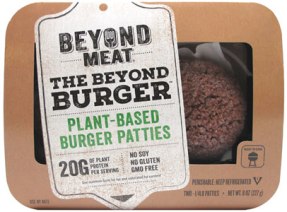 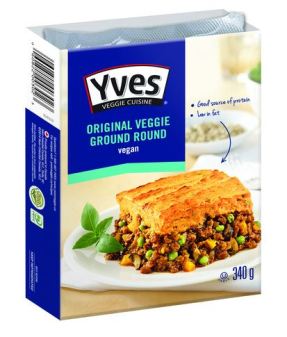 For chicken recipes, I love tofu and cauliflower, though I know some people really despise tofu… There are a few companies that make very convincing substitutes if you don’t want to DIY it. Tofurky, Yves, Gardein are all easily accessible vegan meat brands. The best of the best that I’ve tried is Beyond Meat, but it’s not widely available in Canada (stay tuned for my take on the Beyond Burger!).

There are so many resources out there for people looking to become vegan, but don’t know where to start — or even veteran vegans that are looking for some cooking support. I would not have had the confidence to start my vegan journey without my very first vegan resource, The Oh She Glows Cookbook by Angela Liddon. This was basically what introduced me to the versatility of cashews and lentils and tofu, and what helped me to discover vegan cooking is actually delicious.

I would highly recommend getting this book, no matter where you are in your own vegan journey. Check out her blog as well for an immediate introduction.

For making the transition easier (unless you already eat a lot of veggies), I would recommend grabbing my two favourite vegan comfort food cookbooks. Sam Turnbull’s Fuss-Free Vegan Cookbook with recipes from her blog It Doesn’t Taste Like Chicken, and Lauren Toyota’s Vegan Comfort Classics with recipes from her blog Hot For Food are must-haves. These cookbooks all have handy tips for substitutions, as well as super easy and tasty vegan recipes that aren’t just green and healthy. 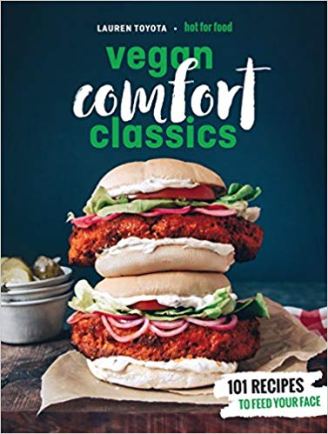 I also find it really helpful to test out several vegan recipes before experimenting yourself, to get a good basis for the different vegan cooking tricks and techniques to better know how to apply them.

For the sake of making things digestible, please see my post on Vegan Substitutions for a quick how-to on veganizing omnivore recipes.