I delight in creating creepy versions of our favourite party snack foods, and our guests love it, too. Last year, I successfully created our first Vegan Halloween Menu, but it definitely had room for improvement. So, this year, I am planning ahead and testing recipes…First up, mini vampire sliders!

I never like to say goodbye to a good thing, so I’ve spent much of my vegan journey trying to create vegan cheeses to solve all my taste cravings. Happily, I’ve been able to recreate an equally delicious vegan version of my preteen pasta fave — the spinach ricotta tortellini! I decided that this recipe was too good not to share, so here it is.

Have you noticed the veganization happening all over the US and Canada? The Junk Food Vegan is seizing the day lately, thanks to a few approaching-ubiquitous plant-based meat companies, Beyond Meat, and Impossible Foods, specializing in their own versions of seriously convincing vegan burgers.

Before becoming vegan, one of my favourite lazy dinners was perogies. I have not had vegan pierogi since starting this vegan journey until I made them myself, because I simply could NOT stand never having them again. I have discovered the recipe for the most perfect vegan pierogi, and they’re potato-y and cheese-y, and OH SO GOOD.

I knew going publicly vegan was the only way to have any chance of cutting cheese out of my life, and still… I haven’t cut it out completely. Why? Because pizza is my emotional food craving, because pizza is connected to my deceased dad. I feel it necessary to say up front that these are THE BEST, and they are ALL VEGAN. I wanted a proper vegan cream cheese frosting to get the classic carrot cake feel… 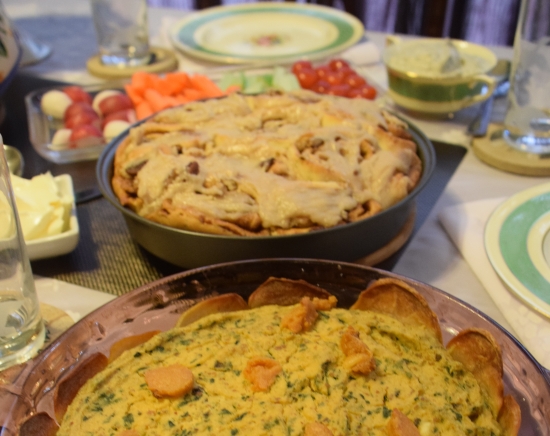 Of course, when you think of breakfast or brunch, invariably, you will think of eggs, bacon, coffee with cream and sugar. That is, you will think of foods that are the opposite of vegan. I swear to you though, a vegan brunch as familiar as your old standard of bacon, eggs, and toast with butter, is totally possible and delicious.